The use of marijuana to treat sleep disorders or induce sleep while having episodes of sleep disorder has started to gain medical ground because of the cannabinoids that are found in the varieties and strains of cannabis around the globe. The most famous Cannabinoids are THC and CBD but the marijuana plant has various other biochemical substances that might solve sleep disorders in the future. In this article, we will go over the best weed strains that will help you with sleeping.

Difficulty sleeping can be annoying when it occurs constantly, or what we call insomnia. Insomnia seems to have become ‘best friends’ for a large number of people. The more we get busy with our day-to-day activities, the more it is difficult for us to sleep. It is estimated that about 25% of adults are dissatisfied with their sleep, 10% to 15% report symptoms of insomnia associated with daytime consequences, and 6% to 10% meet the criteria for insomnia disorder. Tjepkema reported that 13.4% of Canadian age range from 15 or older had nighttime symptoms of insomnia in 2002.

As everyone knows sleep is a very important part of the human daily life cycle. It enables the human body to rest and function properly. When the human body constantly and consistently lacks adequate and proper sleep it causes the body to malfunction and impair the day-to-day activities and thereby making life less resourceful, less productive and in some critical situations, the human life can shut totally down.

The use of cannabis is not legally accepted across the globe but some countries such as Canada and some states in the U.S. allow the use of cannabis for medicinal use. With over 23 US states that have legalized the use of Marijuana as medicine research are moving fast and we find new therapeutical usage for Cannabis every year.

If you are looking for specific types of weed feel free check the following articles:

Things to Consider before trying Cannabis for Insomnia and Sleep Disorder

The 1988 research by scientists Allyn Howlett and William Devane that proved the existence of cannabinoid receptors in the rat brain led to the investigation of the senior investigator of the National Institute of Mental Health (NIMH), Miles Herkenham, which eventually led to the discovery of the cannabinoid system in human in 1990.

A team of scientists that was led by Dr. Raphael Mechoulam in 1992 discovered the endocannabinoid system in humans – this is the brain’s naturally occurring biochemical that is equivalent to the cannabinoid found in marijuana. The lipids that bind with the cannabinoid receptors in our brains in the same way marijuana-derived cannabinoids do produce similar effects.

CBD vs THC for Sleep

The characteristics of these strains of marijuana depend on the chemical or chemicals (Cannabinoids) present in them. The following are the two most common cannabinoids you’ll see most often:

A 2008 study on the “Effect of illicit recreational drugs upon sleep,” carried out by Thomas Schierenbeck et al. They studied the effects of marijuana, cocaine and ecstasy and this study led to the discovery that ingesting marijuana strains that have higher levels of THC reduces the amount of REM sleep you get – this means that you spend less time dreaming while sleeping making you have what is commonly known as “deep sleep”. This is a kind of sleep that technically has no or little dream episodes.

Sativa vs Indica vs Hybrid

Understanding and knowing exactly which type of marijuana strain is best for you after it has been recommended by your doctor is also important. There are various types of marijuana strains with different characteristics and effects when ingested into the human system. The following strains are the known strains available: the Sativa, the Indica and the Hybrid.

It is important to specify that the type of strains is not the only factor regarding the effect of weed on people. Everyone has their own body chemistry, so what makes you sleepy might not work for someone else. Moreover, relatively studies from 208 showed that terpenes are also an important factor in the effect of marijuana and sleep.

Studies show that terpenes are compounds that play a big role in the effects of Cannabis. Cannabis terpenes most likely play a very important role in differentiating the effects of various cannabis strains such as promoting focus and acuity or prompting relaxation and stress relief. There is also evidence that specific terpenes can provide relief for insomnia and sleep disorder. According to this resource, the following terpenes, which are not only in Marijuana, can help with sleep:

As you know now Cannabis has various factors that can change the effect of the plant: Cannabinoids, Strain type, Terpenes. Therefore, there are no straightforward answers in the Marijuana for Sleep debate. Maybe what will work for you will be CBD and for your partner THC, maybe it is only Indica type of strains that will work for you. It is hard to say.

But with all the resources online and the level of knowledge we’ve gathered on this topic, you will be able to find a product that will help with sleep disorders. We’ve prepared a list of weed strains that are known to help with sleep, based on people’s reviews. There is a good chance that if you try a few of them you will be able to sleep easily.

Top 10 Strains of Marijuana for Sleep

The following strains are reported to help with sleep:

Feel free to check our Marijuana strain reviews linked above if you want more details about a specific strain.

Where to Buy Weed Strain for Sleep in Canada

Now that you know more about the strains for sleep in Canada, you might be asking yourself where you can get them from. Of course, your local dispensary will have some but if you are looking for a specific strain it might be a better idea to check online directly. You will find all the strains you’ve always dreamed of and even more. It is important to mention that most online dispensaries in Canada are based in BC where the best marijuana is grown and where most products are crafted. Consequently, you can expect to have the best quality as well as the best prices in the country.

Take a look at Canada’s online dispensary reviews if you want to find your next online dispensary, some are offering $99 oz or budget buds, others are more focus on wholesale or edibles for example. By checking our reviews it is guaranteed that you will find the right fit for your needs and expectations. Once you found it, don’t forget to check at our online dispensaries coupons and save up to 40% at the checkout!

Herbapproach is probably the best MOM to buy the most popular strains in Canada. They carry the best seller weed all year long with a high grade, they might not be the cheapest in the market but you are 100% sure about the quality you will get! If you are on a budget make sure to check their “sale” page you’ll find good deals there! Take a look at our Coupons before buying, don’t pay full price and save your bucks. For more information about them check HerbApproach Online Dispensary Review.

You can buy your favourite Weed strains from $3/gr to $12/gr. That means you can get weed ounces for as cheap as $80 (tax incl) to $240. You might not find the exact weed strain you are looking for but cheap for sure. They also have an extensive inventory for concentrates and edibles, around 50 products for each category. Finally, they have a $20 offer for the first subscription and 20%OFF your first order. For more information about them check: Haute Health Online Dispensary Review.

From top-shelf Indica, Sativa & Hybrid Strains, to edibles and the most potent concentrates in the market you will open “Sesame”. With over 50 weed strains, they always have offers that is worth checking like ounces under $120, Mix & Match… They offer to the consumers a well designed & User friendly eCommerce website where you’re only a few clicks away from guaranteed delivery of the highest quality marijuana products right to your front door-step. For more information about them check: SpeedGreens Online Dispensary Review.

How to Consume Weed Before Bed?

Without a doubt, marijuana could give relief to sleep disorders. The use of marijuana to solve insomnia has been proven through a lot of researches. Cannabis is probably one of the medications with fewer side effects than usual pharmacy drugs. However, you might have to try and experience a few strains before finding the perfect one for your needs.

It is also important to note that everyone reacts to things differently and what works for Mr. A might not work for Ms. B, there are lots of researches that are going on in the study of the use of cannabis for medicinal purposes.

Finally, Marijuana just as any other drugs should not be a long-term aid for sleep disorders. It is more of a short-term fix. To ensure you have sound sleep you should talk to a doctor about your situation, they might even advise you on Cannabis-based products that can help you. But most importantly, you ought to be practicing good sleep hygiene. In addition, take note of lifestyles that promote good sleep. 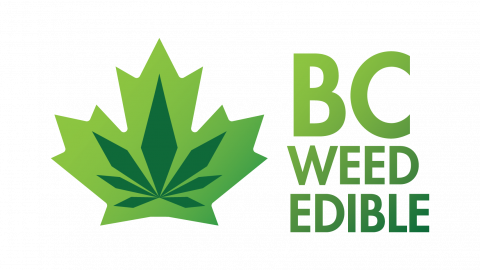